Apache APISIX has over 200 contributors in GitHub main repo!

In August 2019, Apache APISIX released the first version 0.6.0. Version 1.0 was released in January 2020, which was the first production version of Apache APISIX. We maintain a fast and stable pace, releasing a new version every month. Such rapid iteration is inseparable from the support of every contributor in the community. Thanks to the community contributors for your contributions in all aspects of code, documentation, and maintenance! 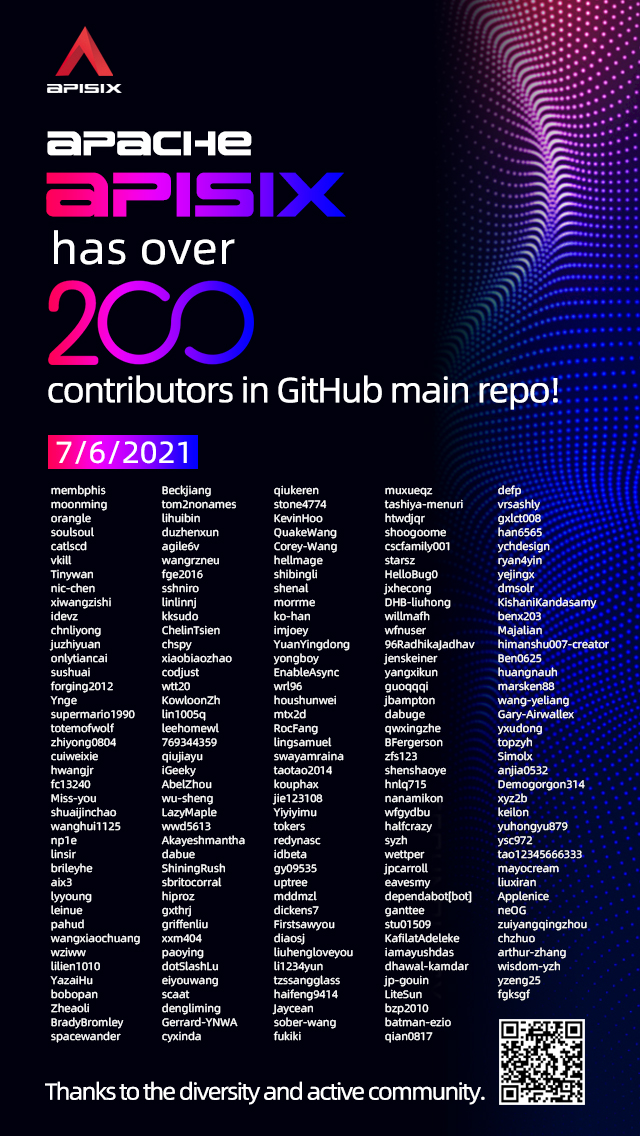 Serendipity96: The project construction is very friendly to novices. A good first issue is set up. Although I know little about code, I can also participate in it. I am able to modify some documentation issues. The community deals issues and pr very quickly.

Yiyiyimu: From the total ignorance before the Open Source Promotion Plan, to the surprise of nominating as committer at the end of the event, thank you Apache APISIX for showing me the brilliance of the open source community. As the 104th contributor, congratulations to Apache APISIX for reaching 200 contributors!

tokers: Since open source of Apache APISIX in 2019, both software quality and community building have become more and more complete and healthy in just two years. It has become the most popular open source API gateway project, as a part of the community. I can clearly feel everyone's enthusiasm for Apache APISIX, which is also a major driving force for the continuous improvement of this software. I hope that in the future, Apache APISIX can become more mature and easy to use.

tao12345666333: Apache APISIX has a very active and friendly community. Whether it is an issue or a PR, you will get detailed feedback and the experience is very good. I wish the Apache APISIX community is getting bigger and bigger, with more and more functions, and 666 together. community activity

Sincerely invite you to join the Apache APISIX open source community, let us work together to create the best API gateway in the cloud-native era!

There is no barrier to becoming an Apache APISIX contributor. In the Apache APISIX community, it not only includes code contributions, but also documentation, testing, design, and video production. Posting pr or issue on Github, sharing cases through live broadcast, helping you solve problems in exchange groups, and participating in offline Meetup are all ways to participate in the community.Participating communities can also get exclusive peripherals of Apache APISIX, cool T-shirts, stickers, etc. 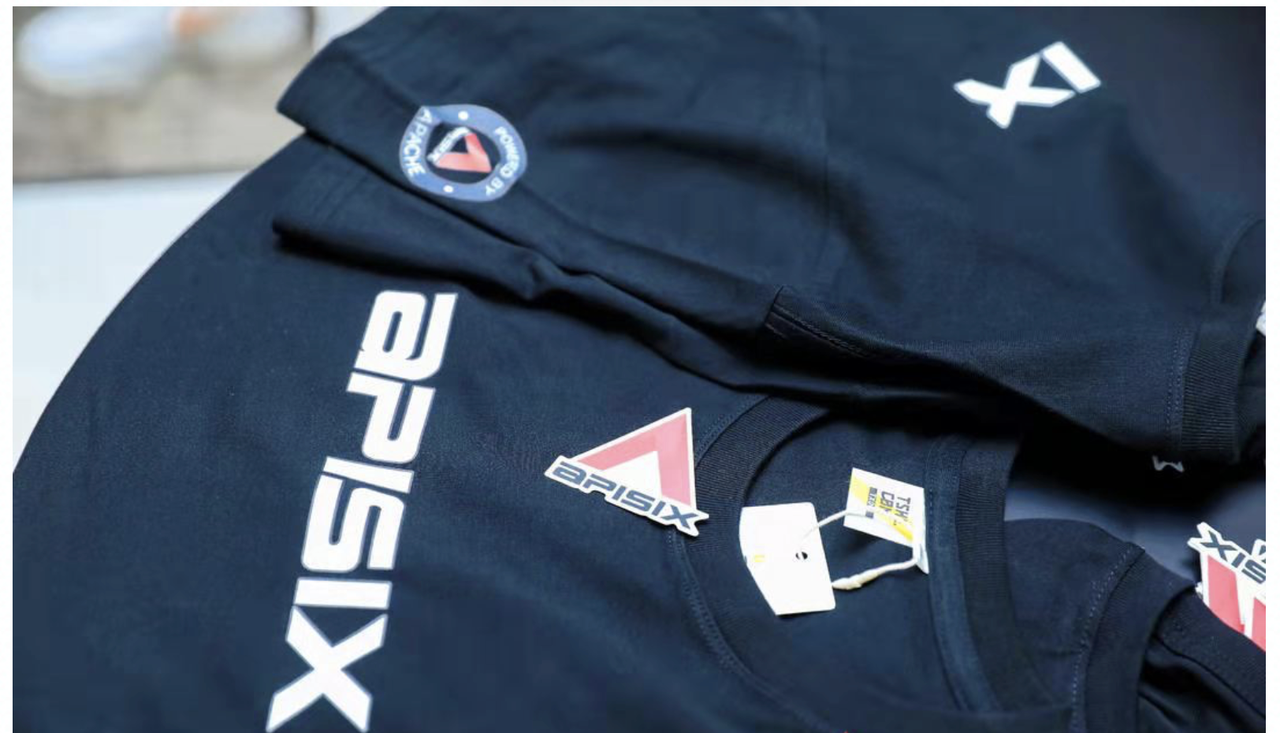 Looks forward to your joining!