This article describes the authentication features of Apache APISIX, in terms of importance and usage.

Authentication is a very common feature in daily life, and we all come across it in our daily lives. For example, face recognition when using Alipay, fingerprint/face clocking in and out of work, and password login on websites are all scenarios of authentication.

As shown above, Jack requests a server-side application with an account password, and the server-side application needs a module dedicated to authentication to handle this part of the logic. After the request is processed, if the JWT Token authentication method is used, the server will provide a Token to identify the user as Jack. If the account password is entered incorrectly during the login process, it will lead to authentication failure. This scenario must be very familiar to everyone, so we won't expand the example here.

What is the significance of network authentication#

From the perspective of practicality, it can be more convenient to record the operator or caller. For example, clocking in at work is actually a way to record "who performed this operation" to count employees' work information.

From traditional to new model#

As shown in the figure below, the diagram on the left shows us a more common traditional authentication approach. Each application service module goes to develop a separate authentication module that is used to support a set of process handling for authentication. But when the volume of services increases, it becomes clear that the development workload of these modules is huge and repetitive.

At such times, we can achieve unification and reduce the amount of development by placing this part of the development logic in the Apache APISIX gateway.

After the general process, let's list it in detail. 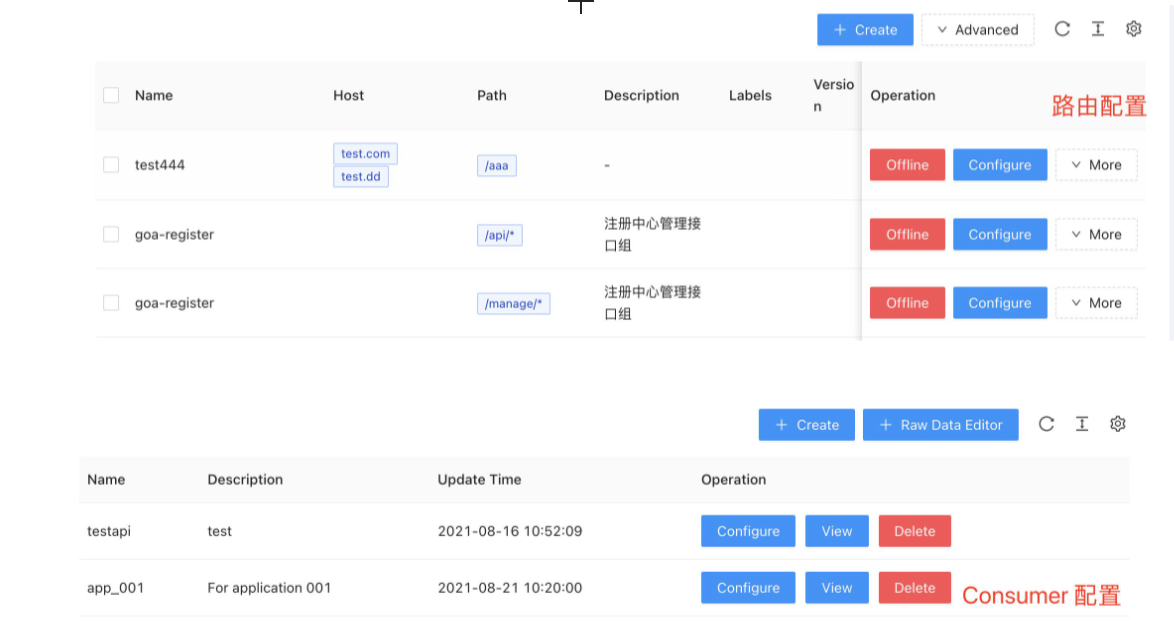 The screenshot above is a screenshot of the APISIX-Dashboard interface, you can see the routing, Consumer and other data information. The Consumer here can be understood as an application party, for example, you can create a Consumer specifically for the application and configure related authentication plugins, such as JWT, Basic-Auth, etc. When there is a new service, we need to create another Consumer, and then configure this part of the configuration information to the second application service.

Through centralized authentication, we can converge and unify the customer configuration and achieve the effect of reducing the operation and maintenance cost.

Apache APISIX, as an API gateway, is now open to cooperation with various plug-in functions for adaptation, and the plug-in library is relatively rich. At present, it can already work with a large number of authentication-related plug-ins, as shown in the following figure. 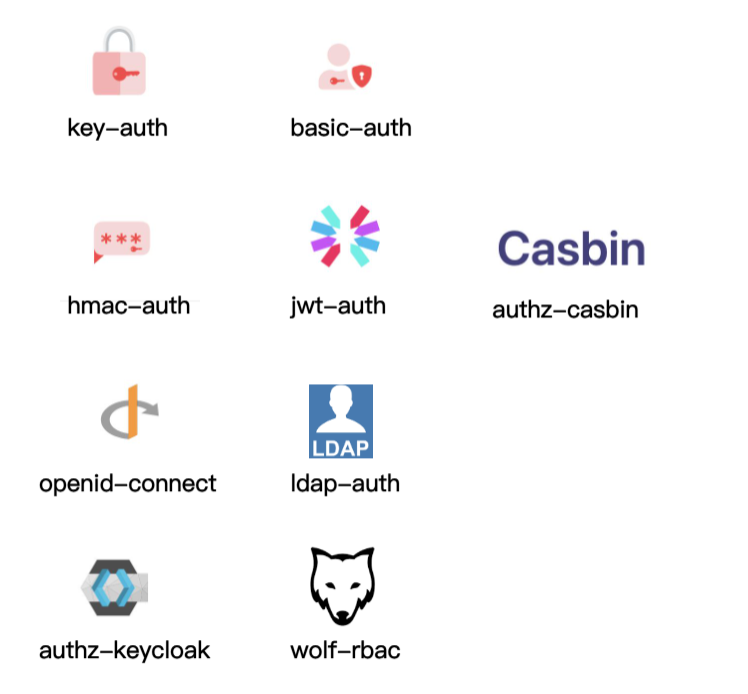 More complex authentication plugins such as Hmac-Auth, JWT-Auth. e.g. Hmac-Auth generates a signature by doing some encryption on the request information. When the API caller carries this signature to the Apache APISIX gateway Apache APISIX calculates the signature with the same algorithm and passes it only if the signer and the application caller are authenticated the same.

The Authz-casbin plugin is a project currently being developed by Apche APISIX in collaboration with the Casbin community. The principle of the application is to handle role-based authority control (RBAC) and ACL-related operations according to Casbin rules.

How to understand powerful is that Apache APISIX can do different levels of plug-in configuration for each Consumer (i.e., caller application). 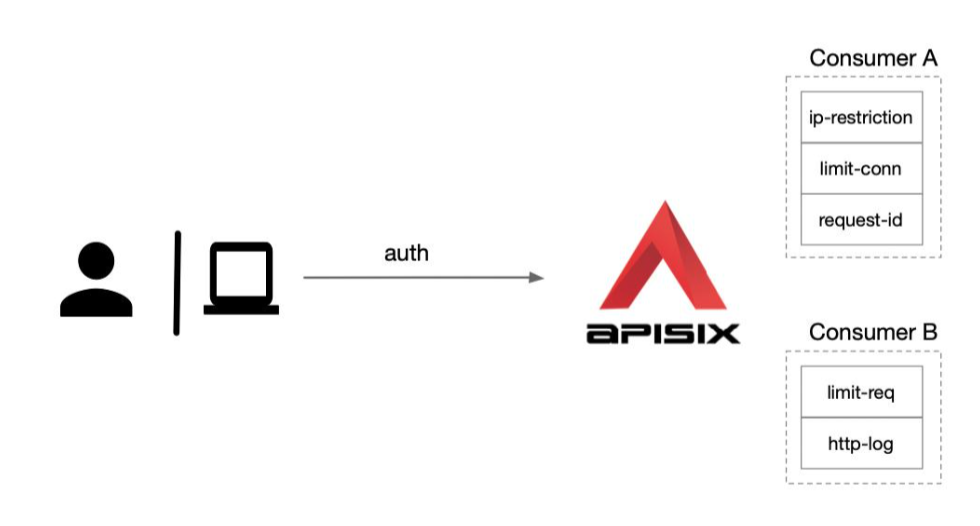 How to play with authentication in Apache APISIX#

Regarding the play of Apache APISIX authentication, here is a recommendation of three stages of play for your reference only, or you can use and apply them in more depth on the basis of these.

Ordinary play is recommended based on Key-Auth, Basic-Auth, JWT-Auth and Hmac-Auth, the use of these plug-ins need to be associated with the use of Consumer.

Step 1: Create a route and configure the authentication plugin#

Create a route, configure the upstream as httpbin.org and enable the basic-auth plugin.

Create the consumer foo. In the consumer, we need to configure the user authentication information, e.g. username for foo and password for bar. 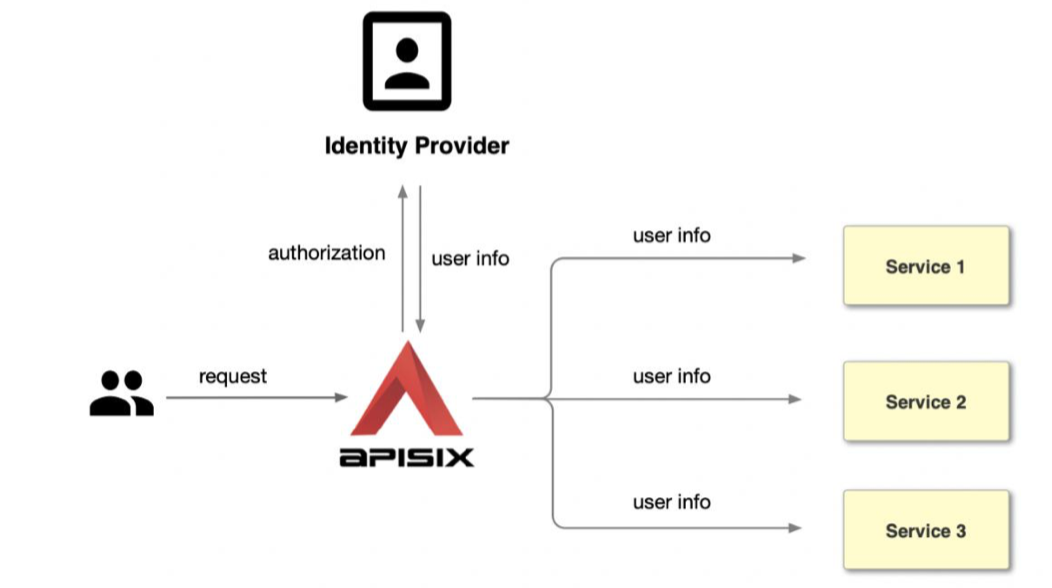 The details are as follows, using Okta cloud service as an example.

Create an application that supports OpenID-Connect from the Okta console page. 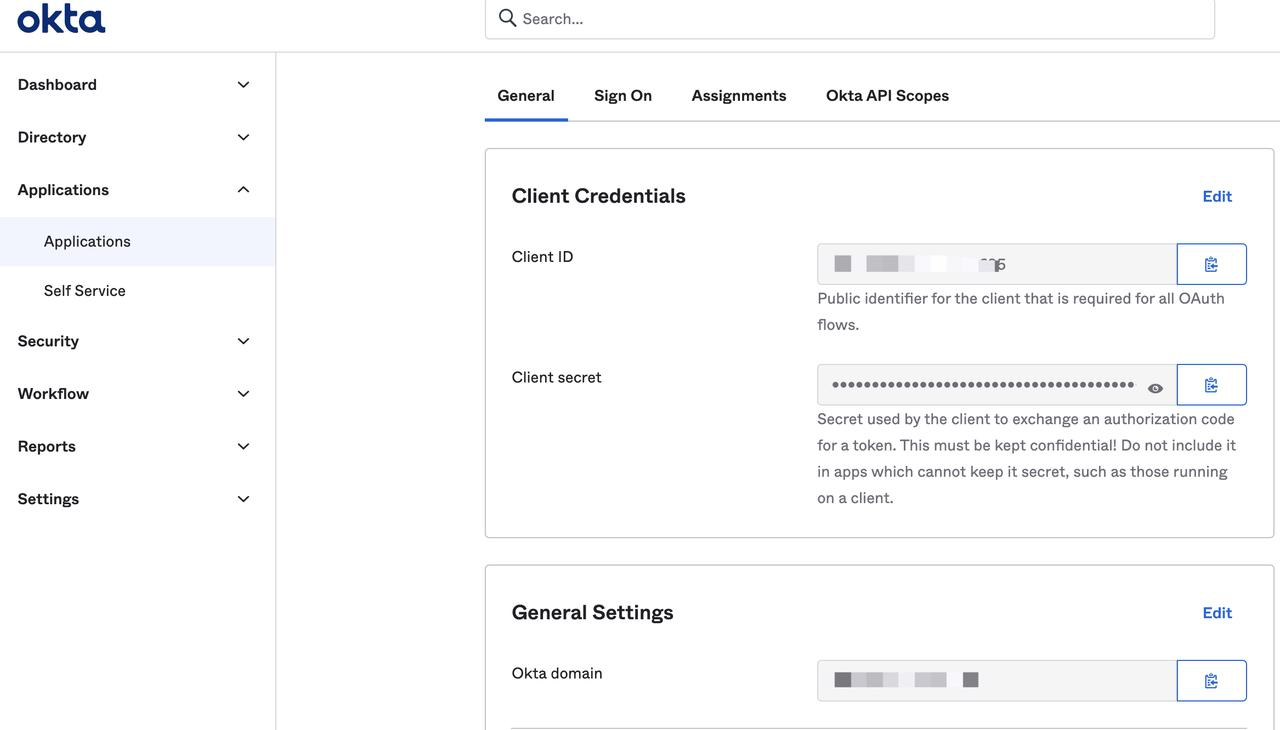 Step 2: Create a route and configure the OpenID-Connect plug-in#

Step 3: When the user visits, it will jump to the login page. After the login is complete, the upstream application gets the user information#

At this point, when the user accesses Apache APISIX, they will first be redirected to the Okta login page. At this point, you need to fill in the account password of the user that already exists in Okta. After login is completed, Apache APISIX will carry the Access-Token and ID-Token to the upstream, and encode the authenticated user information in base64 in the Userinfo request header and pass it to the upstream.

Advanced: upload your own code snippets through the Serverless plug-in#

The DIY gameplay provided here makes use of the Serverless plugin, which is feature-rich and has a lot of ways to play. If you have your own use of play, you are also welcome to communicate in the community.

Some judgments are made by request headers, parameters and other related information. By this approach, we can go to implement some of our own rules, such as combining some internal authentication of the enterprise, or go to write some of our own business logic.

By initiating an HTTP request through the HTTP library, we can use a third-party service to do some authentication and forensics related things and then parse the returned results. In this way, we can do a lot of things that can be extended. For example, interfacing to Redis or a database, as long as it's over TCP or UDP, can be attempted with the Serverless plugin.

After completing the custom code snippet, we create the route and configure the snippet to the Serverless plugin. Later, we will test if the plugin is working by accessing Apache APISIX and getting the appropriate feedback.