By reading this article you will learn how to build Apache APISIX (M1 chip environment) in ARM Ubuntu from source code. The ARM Ubuntu system is installed with the help of https://multipass.run/.

First, install the dependencies required for the project in one click via an automation script, running the following command in the project root directory. 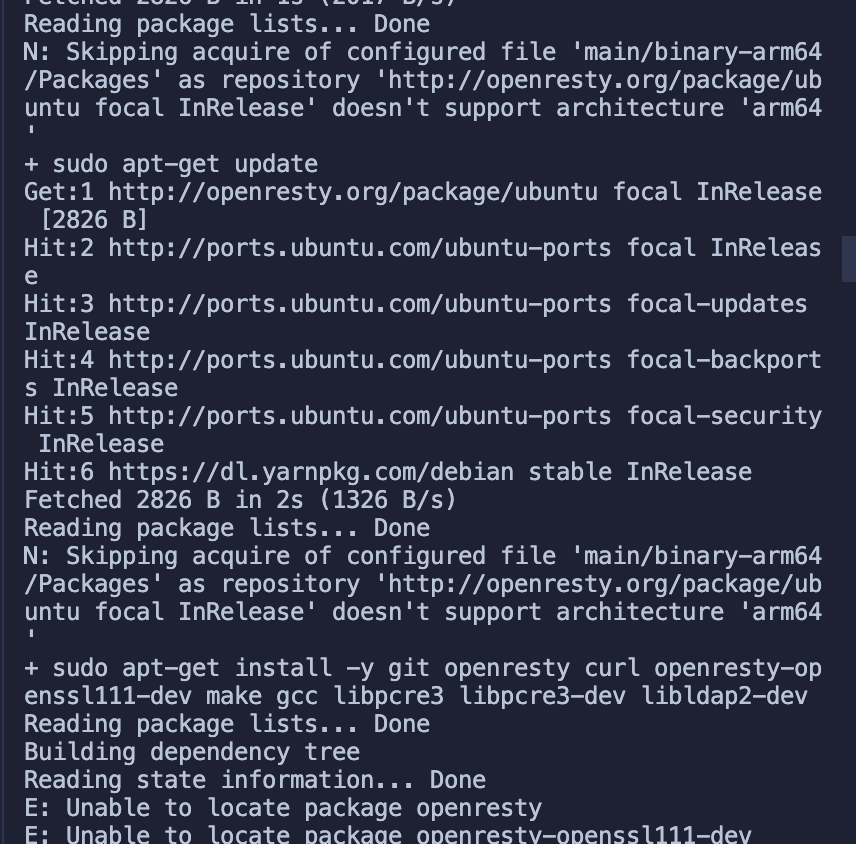 As you can see from the error message, it is due to the failure to install OpenResty successfully. The root cause is that there is no source for the ARM 64 platform by default.

Here we install OpenResty manually, the installation steps can be found at https://openresty.org/cn/linux-packages.html#ubuntu.

Specific code examples can be found below (you can delete them at any time after the entire installation process is complete).

The import was successful as shown in the figure below. 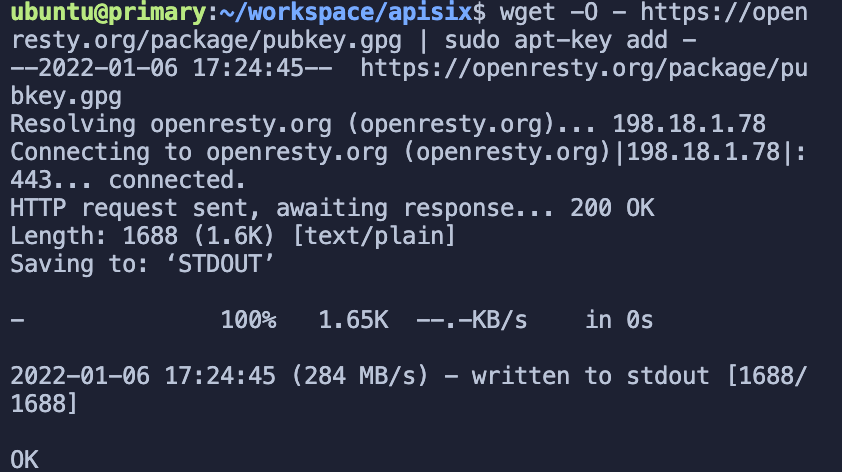 For ARM64 or aarch64 systems, you can use the following command (run on M1 to run the command, the last command will report an error).

After that, you can install the software package according to the code below. Here we take OpenResty as an example.

Finally, we can delete the package and its corresponding associated package with the following command. 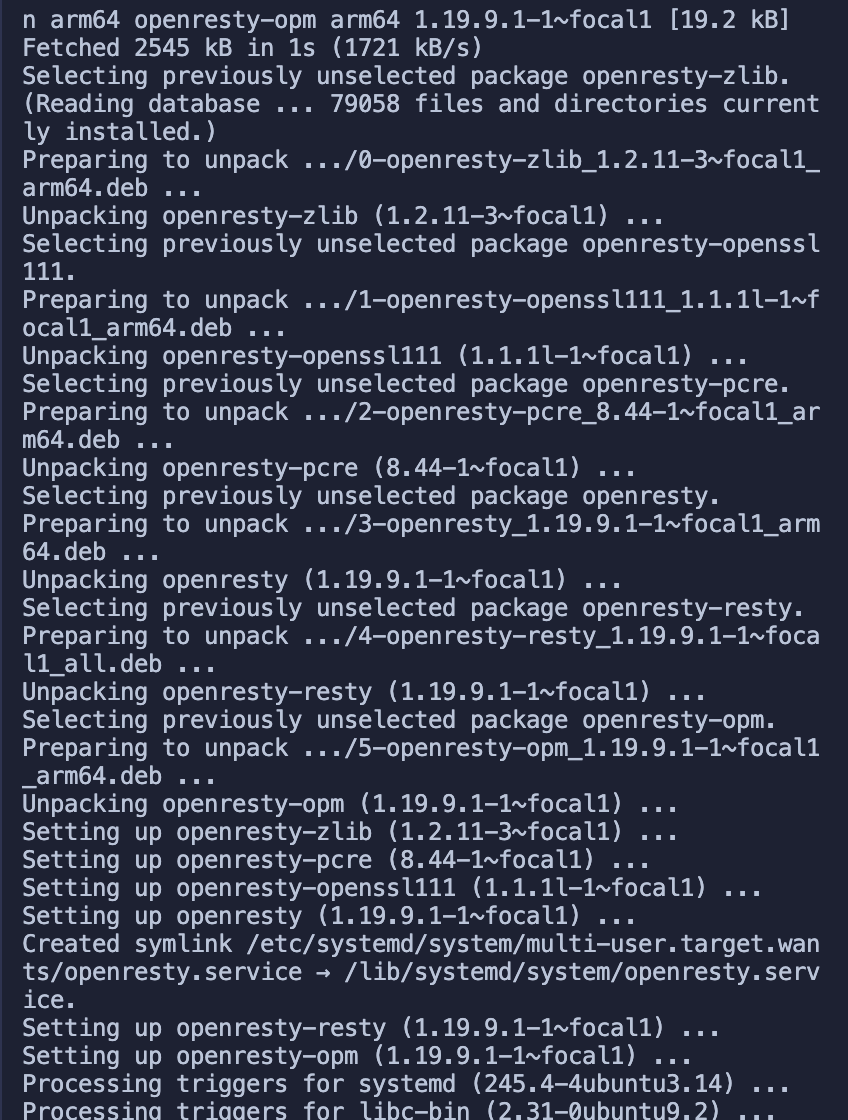 First rerun the installation dependency script. Then run the command LUAROCKS_SERVER=https://luarocks.cn to install the dependencies. 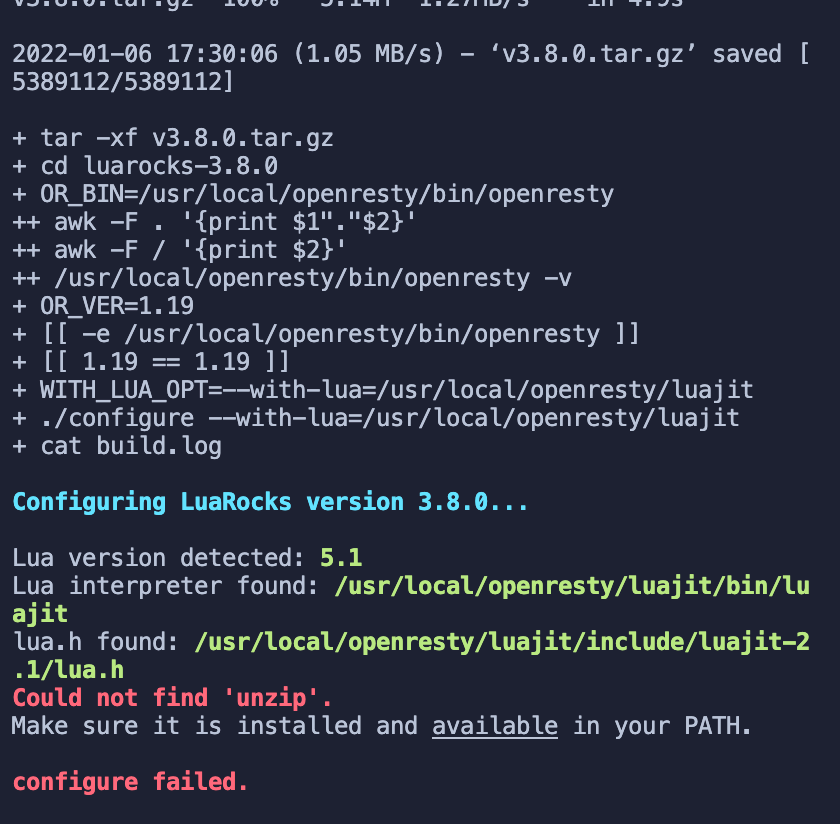 Find the error prompt based on the feedback from the figure above, and then execute the following command.

Then we rerun the following command. 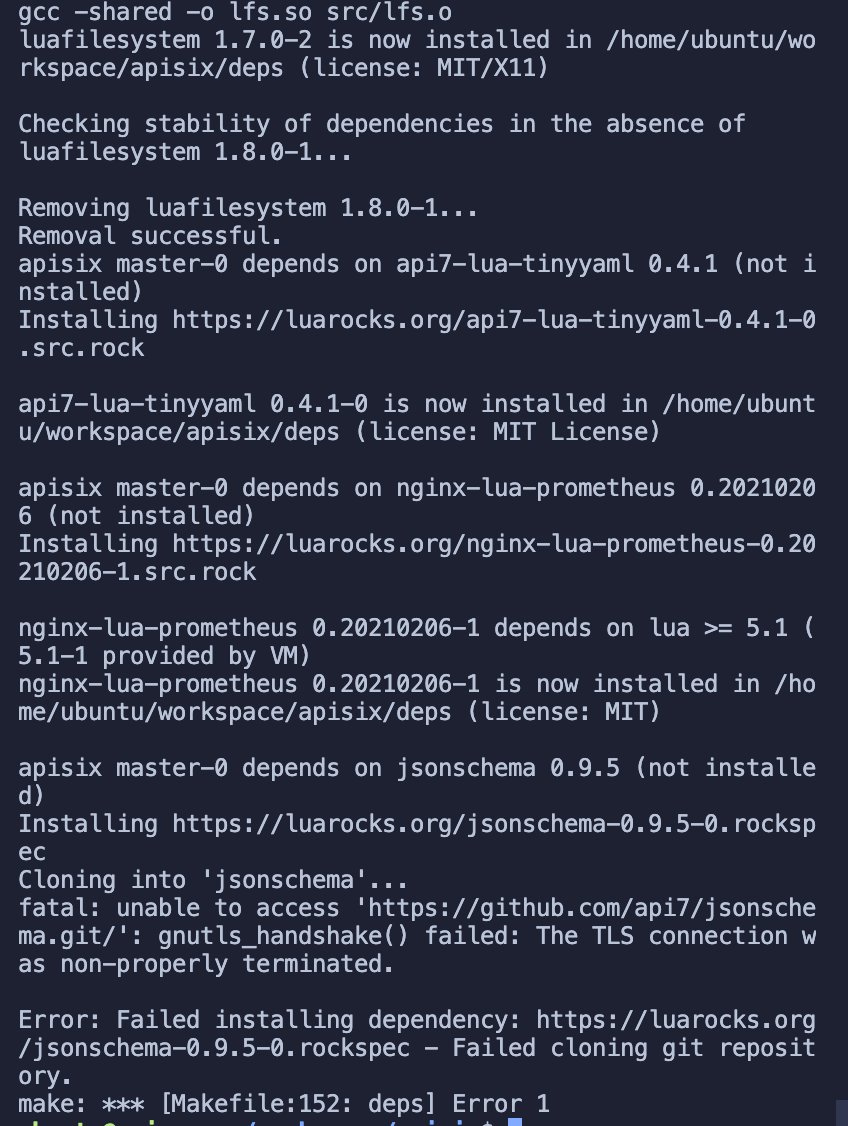 At this point, most of the dependencies have been successfully installed, but a new error message appears (it looks like the two repositories failed to clone). It doesn't matter, it doesn't matter for the time being, you can execute the APISIX installation command here. 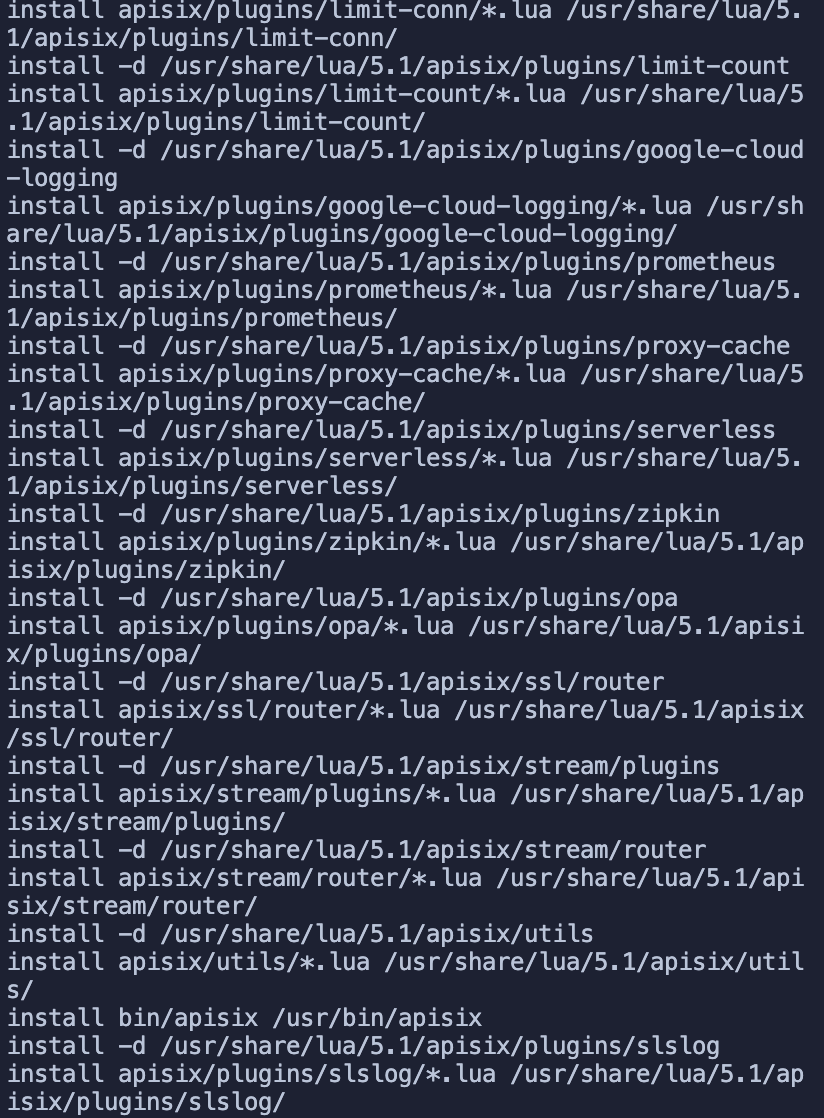 Before starting Apache APISIX you need to install etcd, more details can refer to the official documentation.

Because the installation tutorial was not written for arm, although etcd, was successfully installed, etcd could not be run successfully due to the default use of x86 binaries. The specific part of stepping on the pit will not be repeated here, but will directly put the correct steps for your reference.

Run the etcd in Docker#

Common docker commands(add sudo before the command if you get no permission error):

It should be noted that the proxy needs to be enabled for mirroring in this operation. 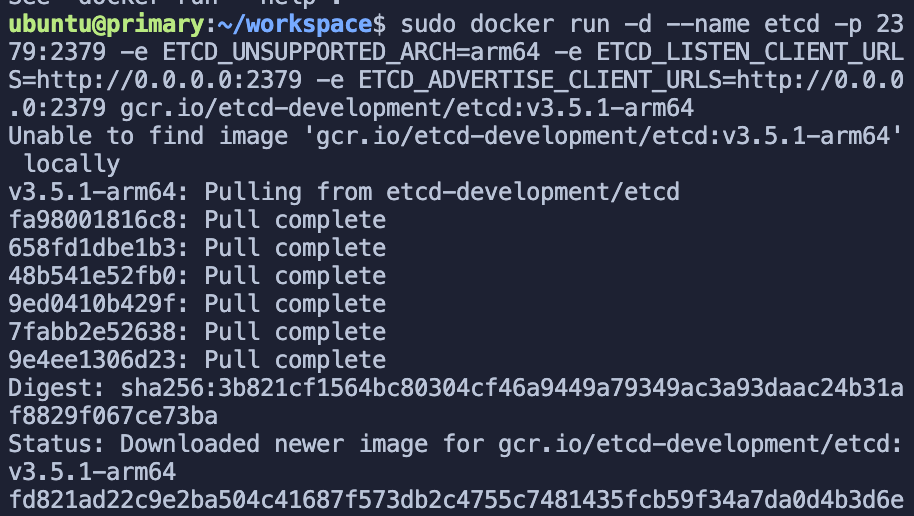 As you can see, etcd has been successfully started.

After doing this, all the dependent projects are now ready, and now you are ready to start Apache APISIX.

Through detailed steps, this article shows you how to deploy and install Apache APISIX under Macbook M1 chip system. In overall practice, there will be some trampling process, but the overall experience is still a successful deployment.

If you have better suggestions, you are welcome to contribute to the Apache APISIX build documentation and leave your suggestions to help more people.